Basically, once a bench warrant is issued for your arrest, you are a fugitive from the law, and any police officer, deputy sheriff, state trooper or other law enforcement officer may put you under arrest and put you in jail. When a bench warrant is outstanding for your arrest, you may be taken into custody any day of the week, any time of day or any time of night, wherever you might be found. Your mugshot may as well be on a “Wanted” poster throughout not only the state of Florida but throughout the United States. Many police departments and sheriff departments in Broward County, Miami-Dade County, Palm Beach County, St. Lucie County and Martin County have groups of police officers and deputy sheriffs assigned the job of serving bench warrants – finding people who have bench warrants, arresting them and putting them in jail. After someone is arrested pursuant to a bench warrant, like any arrest warrant, they have to sit in jail and wait to see the judge. 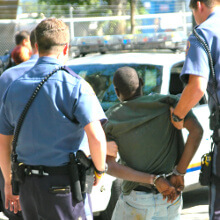 Bench warrants are called “bench warrants” because they are oftentimes issued by a judge from the judge’s bench in open court when someone fails to appear (failure to appear) in court on their own recognizance for a court hearing or court appearance as required by a Notice to Appear or as otherwise previously ordered. Judges do not have patience for people who ignore required court hearings or mandatory court appearances. That being the case, a Florida court judge will make sure to get your attention by issuing a bench warrant for your arrest to guarantee the judge is not sitting around waiting for you next time; rather, you’ll be sitting in jail waiting for the judge. When someone asks you your cell number, you don’t want the answer to be the room number you’re locked up in rather than your ten-digit mobile phone number. Let our Hollywood, Florida, criminal lawyers help you try to keep your freedom.

Bench warrants are called “bench warrants” because they are oftentimes issued by a judge from the judge’s bench.

Being arrested is not pleasant, particularly if it happens in front of your spouse, your children, your family, your friends or your co-workers. The image of you being dragged off in handcuffs in the back of a police car is not an image soon to be forgotten by your loved ones, or you for that matter. Worse yet, in this day and age of cell phone video, someone might take a video of your embarrassing arrest, hands handcuffed behind your back, and you being led off by a police escort to jail in the back of a police car. With video, no one has to simply rely on bad memories and that humiliating episode can be played back frame after frame after demoralizing frame again and again. You do not want to have to experience being arrested and have to relive the bad memories over and over again. If you have a bench warrant issued for your arrest, do not wait. Call Florida Ticket Firm’s experienced traffic ticket lawyers in Hollywood, Florida, today. 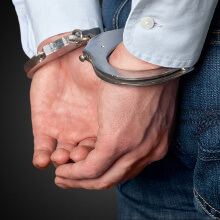 A bench warrant seeking your arrest is serious, even if it was mistakenly issued. For some, the seriousness of a bench warrant does not become serious until it’s too late, and the discomfort of the handcuffs, booking procedure, and locked cell doors are the first wake-up calls that they probably should’ve taken the arrest warrant a lot more seriously and should’ve done something a lot sooner to prevent getting arrested. Don’t wait until it’s too late. Let Florida Ticket Firm’s experienced Ft. Hollywood criminal defense attorneys take over and attempt to make sure an already bad situation does not get even worse for you.

If there is a bench warrant for your arrest in Broward County, Miami-Dade County, Palm Beach County, St. Lucie County or Martin County, DON’T WAIT to be arrested. Call Florida Ticket Firm NOW toll-free at 844-352-3476 for a FREE CONSULTATION with one of our knowledgeable and experienced bench warrant defense lawyers in Ft. Hollywood. Take control of the situation before the situation takes control of you and lands you in jail where you lose control and your freedom.